Guy has been in the retail industry for 34 years holding various positions in Retail IT Management as well as in the partner channel.

Guy started his formal retail career at 16 with Belk where he worked for 7 years in sales and as a buyer. In 1984, Guy began work at BC Moore and Sons where he worked for 22 years.  Beginning as a Store Manager in Camden, SC he was promoted to POS Systems Director in 1992.  Over time, he also took on the added responsibility of Training Director and Imports Manager.

Guy joined Macro Integration Services as a Sales Director in 2006. Important to his success are his years as a Macro customer while at BC Moore. Under Guy's leadership Macro has developed relationships with Stage Stores, Extended Stay America, Krispy Kreme, and several North Carolina ABC Boards.

Guy has been happily married for 32 years and has two sons. He has been an avid golfer since age 14 and enjoys most all outdoor activities. He attended USC Lancaster and the University of South Carolina in Columbia. 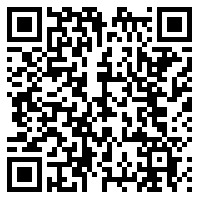